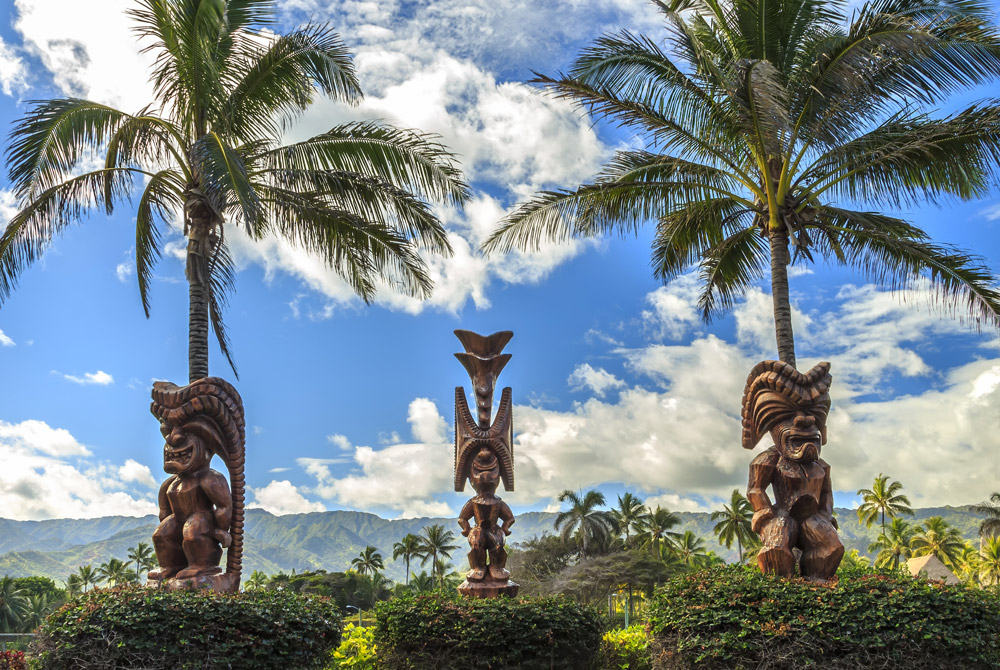 Maritza Rocha-Alvarez is a bartender from San Francisco, who was previously the lead bartender at the world-renowned gin bar, Whitechapel and currently spends her time between two Bay Area tiki bars: Pagan Idol and Tradition. Maritza has a great passion for both rum and gin, so who better to ask to give us an insight into the use of gin in tiki drinks?

When it comes to tiki drinks, not everyone knows the degree to which gin can play a role in this tropical paradise. As a matter of fact, a number of classic tiki drinks were gin based, so if gin is your spirit of choice, but you really fancy a tropical getaway in a glass, not to worry! In this article, I will take you through some of the most well-known, gin based tiki drinks, their history and why I think these are definitely worth trying for any gin lover who wants to explore the tropical paradise of tiki.

Simply a classic within the tiki world, this drink has so much history behind it: both regarding its origins and which recipe is the original. In the early twentieth century, there was a young Chinese man called Ngiam Tong Boon, who ended up working as a bartender in Singapore’s well-known hotel, Raffles. It is Ngiam Tong Boon who is thought to have invented the Singapore Sling, although the exact date is unknown.

After the creation of the Singapore Sling, it got a lot of press. Shortly after, a controversy arose regarding which ingredient gave the cocktail its distinctive red colour: was it cherries? Cherry Heering liqueur? Cherry brandy, or the drier kirsch? Not to mention the debate over whether lemon or lime juice was used!

The combination of this mystery and changing tastes throughout the years has meant that a variety of recipes now exist. The one noted below became popular in the late 1940s. Trader Vic, the founder of the Polynesian themed Trader Vic’s restaurant chain, came up with a few variations himself whilst revising the specifications for the cocktail. The recipe notably changed yet again in the 1970s, when drinkers’ sweeter palates were satisfied by adding grenadine syrup and pineapple juice.

Shake all of the ingredients, strain into a Collins glass, add ice, and top-up with seltzer.

Garnish with a lemon wedge and an umbrella.

This beauty right here is just a winner all-around. Created by J. “Popo” Galsini, from the United States Bartenders’ Guild, it was an award-winning cocktail at the International Bartenders Association World Cocktail Championship back in 1967. It has been a staple in most rum and tiki bars around the United States ever since and is a personal favourite of mine.

Shake all of the ingredients in a tin and double-strain into a coupe glass.

Garnish with a long strip of lemon peel wrapped around a cherry, which gives the garnish a planet-like appearance.

This cocktail was created by Joe Scialom, at the Shepheard’s Hotel in Cairo in 1942. Joe was well-known by both British officers and the press corps. He was a great chemist and had an impressive memory, which he used to remember all of his guest’s names and what they loved to drink.

One day, Joe was tending bar when he overheard one of the officers complain about his massive hangover. That was the spark of inspiration that Joe needed to create this cocktail, designed to address the suffering and pain of a hangover. He sourced local ingredients to produce the Suffering Bastard.

Shake all of the ingredients and serve in a Collins glass filled with ice. Top up with ginger beer and garnish with a mint sprig and swizzle stick.

This drink has definitely endeared beyond the vintage era of tiki and continues to be a great staple at many tiki bars in America. The cocktail was originally created at a Hollywood bar called Don the Beachcomber’s by the the head barman, Tony Ramos. Later, Trader Vic released his own version called the Samoan Fog Cutter.

Mix everything except the sherry in a tin. Blitz in a blender with crushed ice, then strain into a zombie glass or fog cutter mug.

Top up with the sherry and garnish with a swizzle stick and fresh mint.

Finally, I’d love to showcase a cocktail made by my close tiki-tender friend, Steve Liles, from Smuggler’s Cove in San Francisco. This drink is definitely one for those that are seeking something herbaceous, refreshing, and at a lower ABV. And what’s not to like about a drink which is not only made with fresh coconut water, but that is served in a coconut, too?

Mix all of the ingredients except the seltzer with crushed ice. Give the mixture a quick shake, before straining into an empty coconut shell and topping up with seltzer water.

Finally, it’s probably worth saying a little something about what gins work well in these recipes, especially as there is such a range in gin flavour profiles. There are now even some gins that are specifically designed for tiki drinks, such as the California-based “Do Good Tiki Gin”, which uses their white rum as its base spirit.

I think you can opt for a classic and juniper-heavy, spicy, or citrussy gin, but the most important thing is that the gin has a bold character and maybe even a slightly higher alcohol proof (42-46% ABV), so that it can stand up against the other flavoursome ingredients that are characteristic of tiki.

Now all that’s left is to sit back, sip, and enjoy the glorious sunshine!

0 comments on “Gin in Tiki”