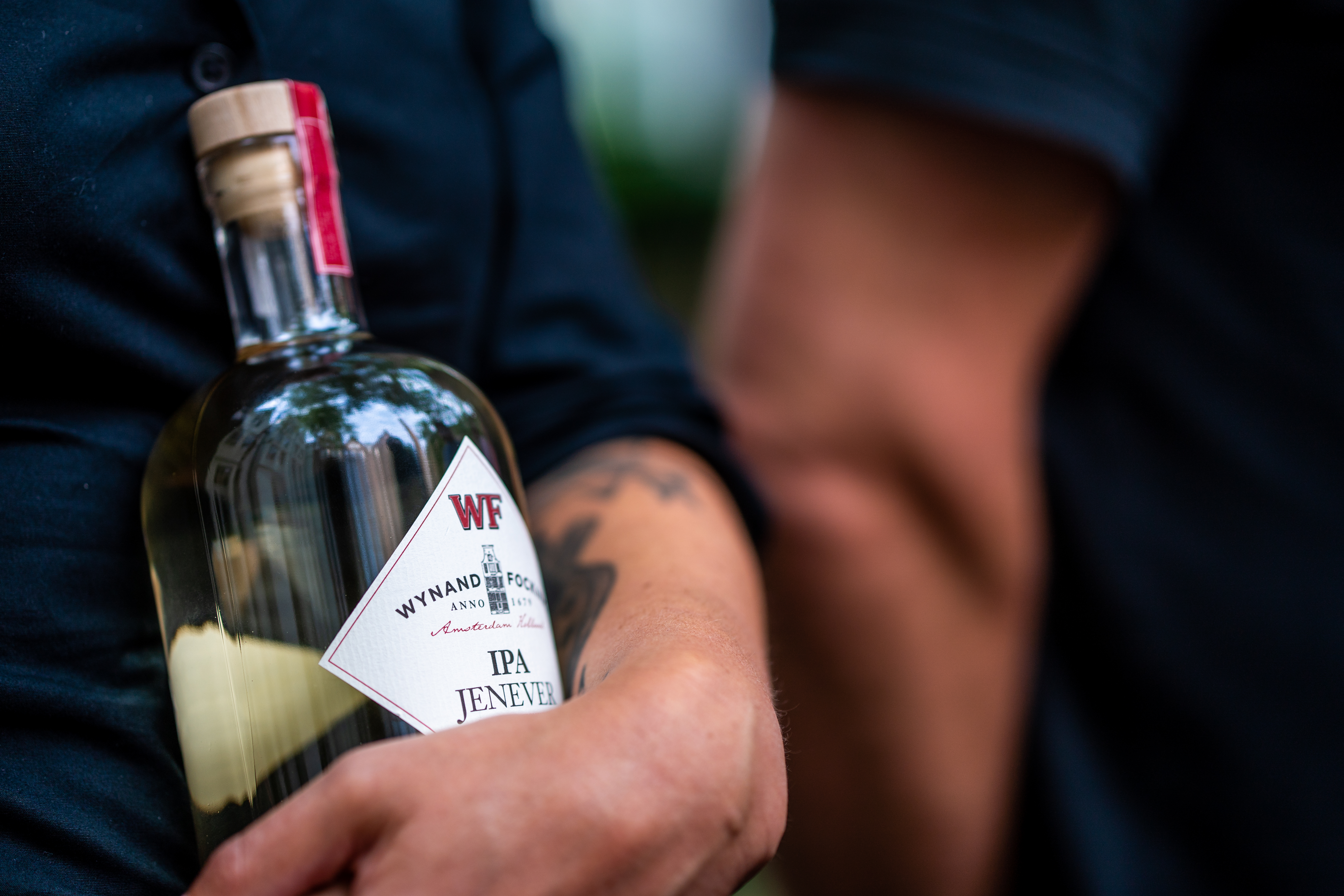 Dutch botanical brewer Lowlander Beer saw a long cherished dream come to fruition, with the launch of a genever distilled from its Lowlander I.P.A.

In the 17th Century, when the Dutch had a near monopoly on international trade by sea, ships from all over the world brought herbs and botanicals to Amsterdam. Not coincidentally, that’s also when the Dutch started distilling liqueurs and genever on a large-scale.

“The botanicals weren’t just used in liqueurs and genevers,” explains Frederik Kampman, chief botanical officer at Lowlander Beer. “Actually, it was used a lot in brewing beer. Exactly this has been an inspiration for Lowlander Beer. We use botanicals to give extra character to our product. You can pair it with food, but also with spirits that use botanicals.”

It was this realisation that led the brewery to an interesting notion. What if they could use their beer not just as a pairing ingredient, but instead as an actual part of the distillation process to create a genever? Kampman says, “So really the whole idea was using our I.P.A. – which already has a lot of interesting spice and citrus notes from the coriander and aromatic sweetness coming from the white tea – in the distillation process, to create what is probably the first I.P.A. genever.”

Lowlander then sought a partner and succeeded in securing the services of Wynand Fockink. One of the oldest-working liqueur and genever distilleries in The Netherlands, it is located in the Dutch capital of Amsterdam and was founded in 1679. Together Lowander and Wynand Fockink set out to create the Wynand Fockink I.P.A. Jenever. The genever has a floral, slightly citrus-like and subtle sweet taste, but also with clear notes of malt, hops and juniper.

One of the traditional ways of consuming a genever in The Netherlands is as a so-called ‘kopstoot’, which translates literally to head-butt. This century old tradition involves a shot of genever in a tulip-shaped shot glass filled to the brim, combined with a beer. Slurping the genever first, it is then followed by sipping the beer. Because of their shared DNA, the Lowander I.P.A. and the Wynand Focking I.P.A. Jenever are a remarkable duo to perform this old Dutch ritual with.

The limited edition I.P.A. genever is available from the Lowlander webshop, as well as a ‘kopstoot’-giftpack with two bottles of Lowlander I.P.A.

A. van Wees Distillery De Ooievaar launches the first ever Genever School. The first course is expected to start at the end of 2018 or in early 2019.

A craft distillery in Amsterdam, Distillery De Ooievaar is led by master distiller Fenny van Wees, known to be an outspoken advocate of genever. “There’s often confusion about what genever is and about what it should be”, says Fenny van Wees. “That confusion only grows when someone tries to understand the different laws, both the national Dutch regulations as well as European laws. They don’t accurately reflect what genever once was and why genever used to be such a well-known spirit in earlier centuries.”

Van Wees’ distillery traces its roots back to 1782 and in 2016 her craft was registered by the Dutch Centre for Intangible Cultural Heritage. As part of this honour and to remain registered, she is tasked with spreading the message about genever. She already published a book and the new Genever School is another initiative to further promote the spirit. “In this way I hope to contribute to promoting and improving genever’s image.”

The Genever School is a two day course, meant for discerning consumers, hospitality staff or sales professionals. Many aspects of the history of genever and distilling are discussed. While Van Wees is quick to say that participants won’t be distilling themselves, there’s a whole range of other activities planned. An important part of the course is spent nosing and identifying different genevers, as well as raw products such as malt wine. Foodpairing is also part of the Genever School.

A three-year U.S. marketing campaign titled ‘Genever: America’s Lost European Spirit’ has been launched to provide education about genever, the largest spirit category in the Netherlands and Belgium.

Seven regional ‘category ambassadors’ have been appointed to further educate the American public on genever. They attended Tales of the Cocktail in New Orleans in July, and in August they were present at BevCon in Los Angeles. They’ll also be present at Portland Cocktail Week in October.

The campaign is organised by genever association SpiritsNL and funded by five genever brands from both Belgium and the Netherlands: Bobby’s Jenever, Notaris, Bols, de Borgen, Rutte and Smeets. Co-financing is provided by the European Union. A category website, www.worldofgenever.com, is under development.