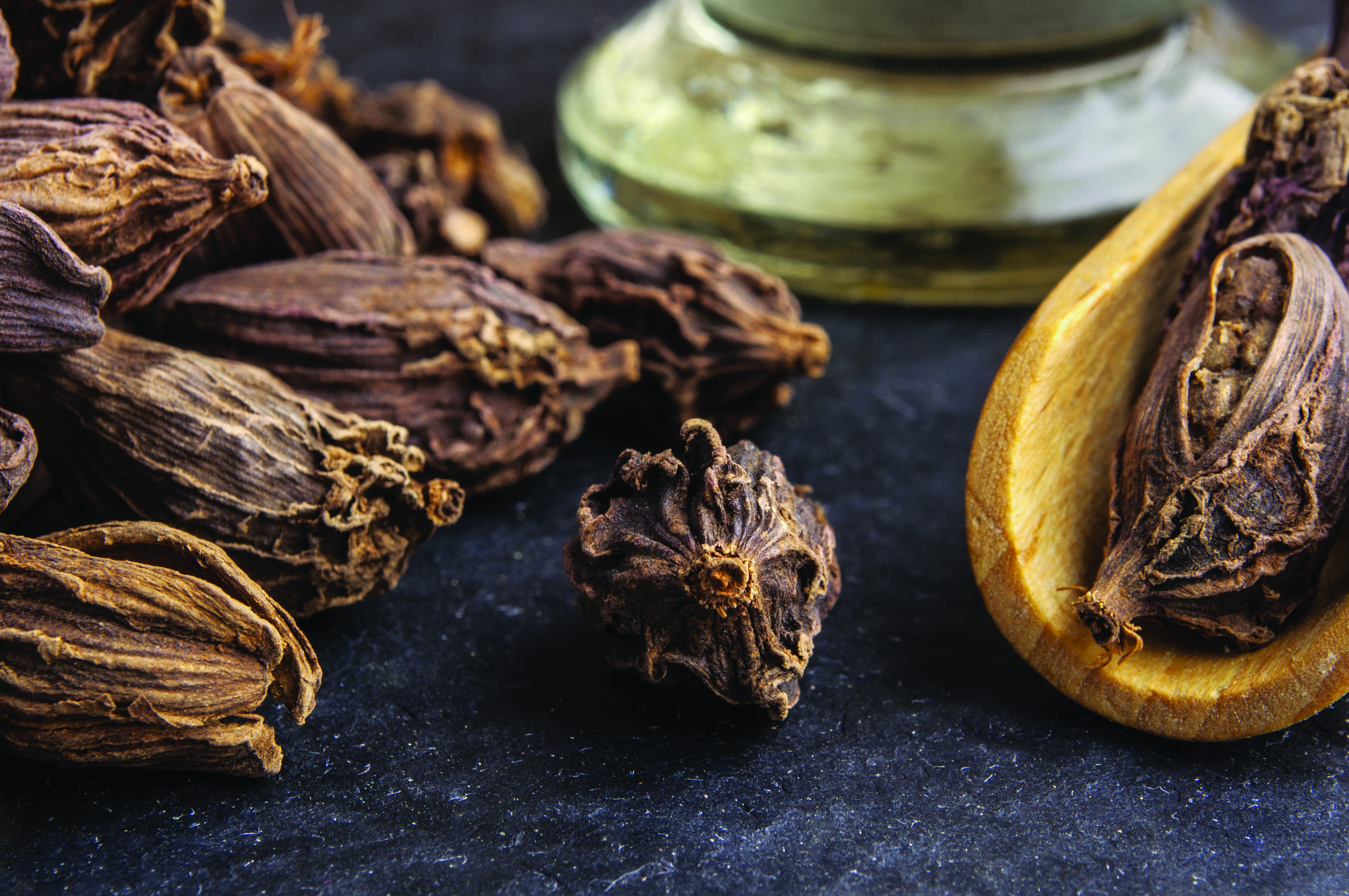 Aaron explores a botanical (almost) worth its weight in gold

When genever-expert Phillip Duff was digging through the Sloane Manuscripts, he discovered what is currently accepted as the oldest known recipe for gin. The recipe which was recreated by a team of experts in 2014 and launched in limited quantities as Gin 1495 is grandiloquent – if not downright pompous – in its botanical selection. Among them stand ginger, nutmeg, galangal, cloves, cinnamon and cardamom. A virtual “who’s who” of the most expensive and impossible to acquire ingredients the world had to offer at that time. Spices that were once worth their “weight in gold.”

In the modern day, many of these ingredients are found in kitchens across the world. International travel, improved agricultural practice and the opening of new places to grow these spices has vastly lowered prices to the point of near ubiquitous accessibility. Imagine the look on the face of the recipe’s original writer if they could see what we could acquire at a moment’s notice from the Tesco down
the street…

But, of those, one spice remains somewhat unique and although common enough to be easily found, it remains one of the world’s most expensive spices by weight: cardamom. It’s only surpassed in cost per oz. by vanilla and saffron, mostly due to the labour required to harbour the small pods. The pods have to be hand-picked at a specific point of ripeness, before being washed and then dried. Add in the fact that yields are low and that there’s really no substitute for the flavour of cardamom – the reasons for this high price become clear.

Cardamom is a member of the same family as turmeric, galangal and ginger. It’s a herbaceous plant native to Southeast Asia where it grew in mountain forests of India, Sri Lanka and Indonesia, though today, Guatemala is the world’s largest producer. The part of the plant that we refer to as the spice cardamom are their seed pods. The pods are about the size of a pomegranate seed. The outer shell is papery and rather thin. When peeled back it reveals tiny, black, highly aromatic seeds.

There are three kinds of cardamom available today, specified by the colour of the pod. White is really just the bleached version of green cardamom with a smooth, green outer shell – so perhaps it might be best re-stated, “There’s really only two types of cardamom.” Black cardamom has somewhat cratered pods with a thicker outer shell and a brown to black appearance. The latter is more camphorous and is rarely used in sweet dishes or in spirits.

Cardamom, like many botanicals, will vary based on climate and location. But generally speaking, the flavour of cardamom essential oil is typified by a relatively high amount of 1,8-cineole (camphoraceous and icy to the nose; balsamic and minty on the palate) and a-terpinyl acetate (herbal and bergamot on the nose; woody, seedy and grapefruit like to the taste). Smaller amounts of linalool and limonene are also found.

The pods can also add some flavour, depending on which you choose to use. While the bleached white ones have nearly no character, green pods can have a spicy sweet flavour with a lemony scent.

Cardamom also has a relatively high oil content compared to other herbs and spices (between two and 10 per cent). Its essential oil is very soluble in ethanol as well. In other words, a little can go a long way in both cooking and gin-making, but especially in regards to creating gin.

CARDAMOM IN THE CURRENT DAY

If you ask a handful of gin experts about cardamom in the modern day, you’re likely to get a very different reaction than you would have in 1495. Some embrace the distinctive note for its ability to win new people over to the category. Others see it as a sign that gin is moving too far from its juniper-based roots.

I remember a time I was judging gins with a group of colleagues in 2013, where seemingly every gin had a clear and loud note of cardamom. It even led one person to wonder if any gins didn’t have cardamom in it.

To be sure, cardamom had a moment in the mid 2010s with many distillers. A backlash was sure to be expected as with any fleeting zeitgeist. But it’s worth at first dispelling the notion that cardamom in gin is anything new.

But cardamom caught fire as a botanical during the prime years of the gin renaissance. It did for a variety of reasons. One, people genuinely like cardamom. It’s a bright, sweet spice that appealed to a wider audience of gin drinkers, including those who didn’t traditionally drink gin. There was another side that hearkened back to the way that Scandinavian people used cardamom to help cover up the flavours of their home-distilled spirits. It’s a powerful flavour that can mask a lot of things. Consumers weren’t yet used to grain-to-glass gins that took a Holland-style of genever-like approach, with the base spirit retaining a great deal of character. Cardamom was one of the few support botanicals that was loud enough to mask or compete with other flavours.

The overall trend right now isn’t so much away from cardamom as a botanical (it’s still easily in the top 10), but there’s been a transition. Whereas, “a cardamom bomb” was once common it’s now really about balance. Modern gins tend to be more and more employing cardamom in the tradition of Plymouth and Seagram’s.

Along with lavender perhaps, cardamom can rightfully be considered one of the chief botanicals of the contemporary gin explosion and the gin renaissance. Its magical, irreplaceable flavour and aroma has fascinated gin drinkers for over six centuries.

Though trends have ebbed and waned, it seems that despite its price, it will continue to be part of a gin distiller’s toolkit for the centuries to come.

Gins featuring Cardamom prominently or as a signature botanical:

Gins Featuring Cardamom as a botanical in a supporting role: