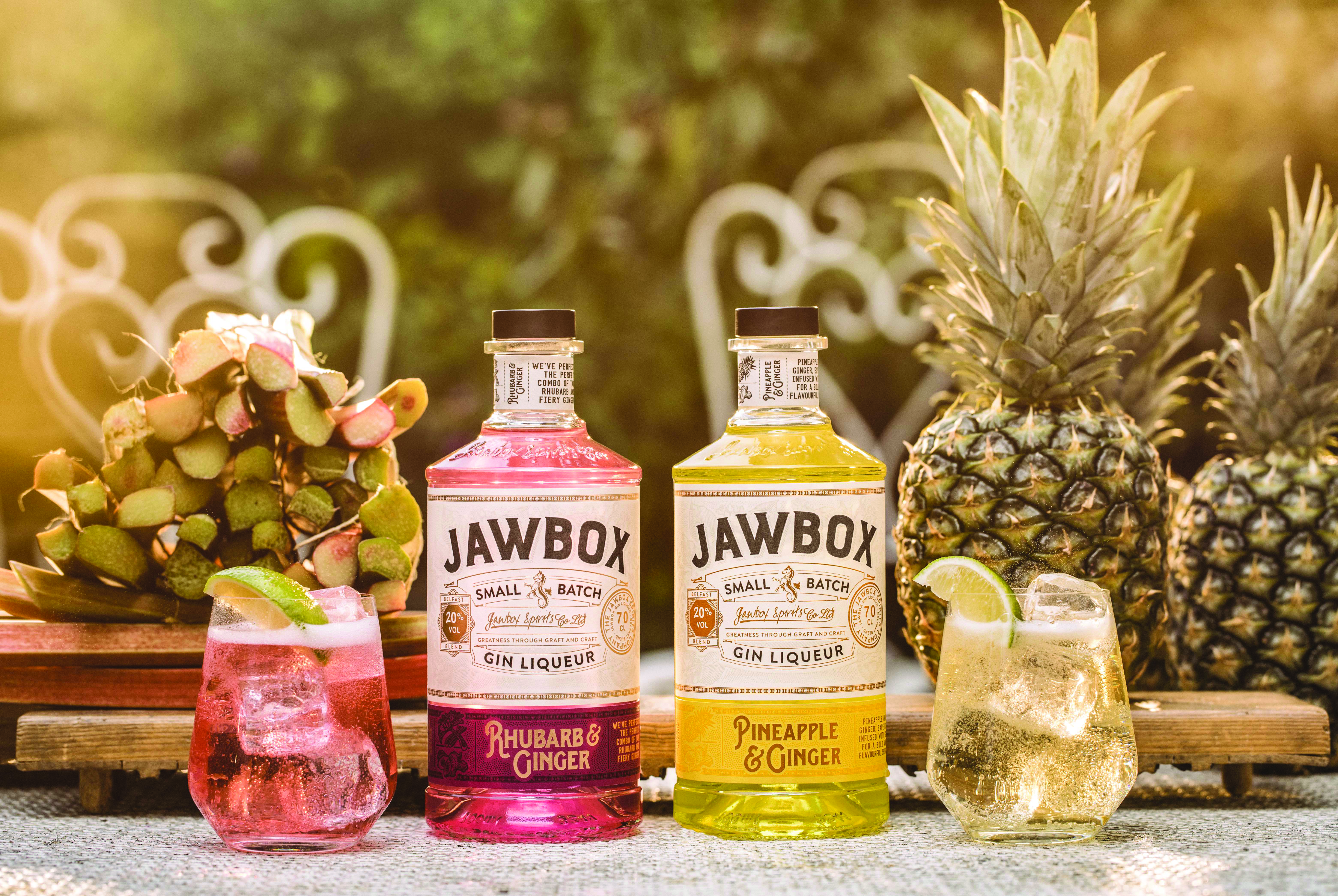 Whether its orange or savoury, here are some trends to watch out for

Predicting what is on the horizon for the world of gin is perhaps a thankless task. Tastes change, while as our lifestyles vary, how we consume our drinks follows suit. Even the weather plays its part – we’ve been drenched in sunshine this summer, so has this encouraged us to reach for premixed cans, summer cups and orange gins? It is hard to say, however here’s what 2018 has stood out for so far.

Hardly the new kids on the block, but there seems to be a growing presence of canned or premixed G&Ts, as we increasingly seek ready-to-drink options. Once just for established brands, the so-called ‘craft’ distilleries are getting in on the act, perhaps inspired by their beer counterparts. Expect to see these grow in numbers over the next 12 months. For picnickers, or those whose love of all things gin requires instant satisfaction. Here are a few to keep an eye out for:

A household name that has moved with the times. Gordon’s is now available in a variety of canned options including a classic Gordon’s & Tonic, Elderflower, Slimline Tonic, and Pink Gin & Tonic (all 5% ABV). They have partnered with Schweppes, so not only is it convenient, but also comes mixed with a recognisable tonic. In the UK, these are available at most supermarkets for £1.80.

A standout in this list because of its use of the traditional Fentiman’s glass bottle. Fentiman’s Rose Lemonade and its tonic is mixed with Bloom Gin and readily accessible via a screw cap. The two in the range, Rose Lemonade & Bloom Gin and Bloom Gin & Tonic are both 6.5% ABV and are available across UK supermarkets for £2.50 and internationally for a 12 pack on Amazon for £39.97.

Has a brand dominated a drinks category (and in the UK, become so synonymous
with summer), quite to the extent that Pimm’s has? Gin producers are now getting in on the act and reaching for that crown, mixing their flagship gins with seasonal botanicals. The result, an alternative to the G&T worthy of sipping during summer’s finest occasions. As distilleries play around with the spirits they are creating and the botanicals they use, it would be no surprise if this list is quite a bit bigger in the not too distant future.

London’s Sipsmith Distillery has produced this punch with its London Dry Gin at the core, an infusion of Earl Grey tea and botanicals including borage, rose petals and lemon verbena. The borage provides a flavour of cucumber, the rose petals a floral note, while the lemon verbena, inspired by the Cotswolds garden of master distiller Jared Brown, brings notes of citrus. Most brilliantly of all, the London Dry Gin sings throughout. Just load up with ice and lemonade and you’re off!

Another with its Dry Gin at the core. The Cotswolds Distillery has blended its flagship gin with homemade vermouth, some triple sec and its Spirited Sherry. Mix with ginger ale or lemonade over ice. The vermouth was made of wine from a local vineyard, before blending with caramel and a tea of macerated herbs and spices. It’s spicier than some of the other fruit cups out there.

Located in the deep west of Cornwall, the Curio Spirits Company has produced its Cornish Cup. Citrus forward, it’s a mix of Curio Dry Gin infused with local ingredients, including lemon verbena and Cornish honey, while it’s paired with chai spices and tea. Goes well with ginger ale and an orange garnish as a warming drink.

One distiller described his company’s range of gin liqueurs to me as a gateway into gin. Increasingly it seems as though gin liqueurs bridge the gap between two of the most popular drinking trends around right now – gin and sparkling wines. You no longer need to just enjoy one or the other. If both trends continue their upwards curve, more producers will look at ways of combining the two elements. Expect an abundance of fruit flavours, while many of these are also a great option for those looking for low ABV drinking options. Here’s a few that have caught our eye recently, however there are many options out there to try:

Between savoury and orange, it’s hard to settle on the biggest emerging trend in gin

Pinkster Royale is not strictly a gin liqueur and comes with the tagline ‘Pimp up Prosecco’, so it’s nailed its colours to the mast early on. To create its Royale, Pinkster uses the leftover fruit from its distillation process to create a raspberry spirit intended for cocktails.

This straight up aims for those who can’t choose between a G&T and sparkling wine. It’s less fruit driven than those above and most others on the market. While another that isn’t strictly a gin liqueur, juniper notes are present at the end of the palate and there’s the faint hint of apple and white grape. It’s 8.5% ABV, so perfect for those looking for low alcohol alternatives.

Between savoury and orange, it’s hard to settle on the biggest emerging trend in gin. Whatever the reason behind the growing emergence of savoury inspired gins, it’s something we’ll see more of in the months to come. Expect tonic companies to react with further new flavours to accompany these and more herbal garnishes.

When Tanqueray launches a new expression, people listen. To create the gin, the brand worked with cocktail maestro Jason Crawley, signaling another nod towards the relationship between gin brands and the bar-scene. Lovage is limited edition and inspired by Charles Tanqueray’s recipe books from the 1830s. The delicate spice of lovage is added to the usual botanical line-up. The result is an earthy note that balances with the juniper on the palate.

Another brand making two appearances on this list. It could have had a third due to its range of gin liqueurs – Edinburgh Gin seem to be a good indicator of what is happening in the world of gin. 1670 is its collaboration with the Royal Botanic Garden Edinburgh. Standout botanicals include piper leaf, Tasmanian lanceolata and Tasmanian mountain pepper. Herbal to begin with, it quickly finds a strong and peppery voice.

Winchester Distillery’s Twisted Nose Watercress Gin is another that brings herbaceous notes and pepper, in this instance lending itself well to a martini. The watercress adds a little sweet pepper.

Perhaps just a fling, but gin seems to have a bit of a love affair with orange at the moment. Citrus peels are hardly a new innovation in botanicals, but positioning orange at the heart of the gin is definitely flavour of the month. Currently the brands launching orange gins are coming up with a range of cocktail serves, but if the trend continues expect to see tonic companies react with specific pairings.

In a short space of time, Malfy Gin has garnered an enthusiastic support base for its range of expressions. Using Sicilian blood oranges, Malfy Con Arancia is striking in that it genuinely smells of blood orange. Should that be a surprise? There’s a bitter note that cuts through the sweetness, offering a well balanced gin. Pining for juniper? Yep, it makes its presence known on the palate.

The story goes that Charles Tanqueray visited Spain in the 1860s and produced a gin recipe based on Seville oranges. This is particularly sweet, with just enough spice to balance. Great over ice neat, or with tonic and a dehydrated orange garnish.

Launched in January 2018, Whitley Neill’s take on the orange gin uses Sicilian blood orange, but is perhaps a little mellower than Malfy Con Arancia. Its orange flavour is rounded out with an earthiness and mellow honey. It’s another one, however, to serve neat over ice, or mixed into a G&T.

0 comments on “In Vogue”