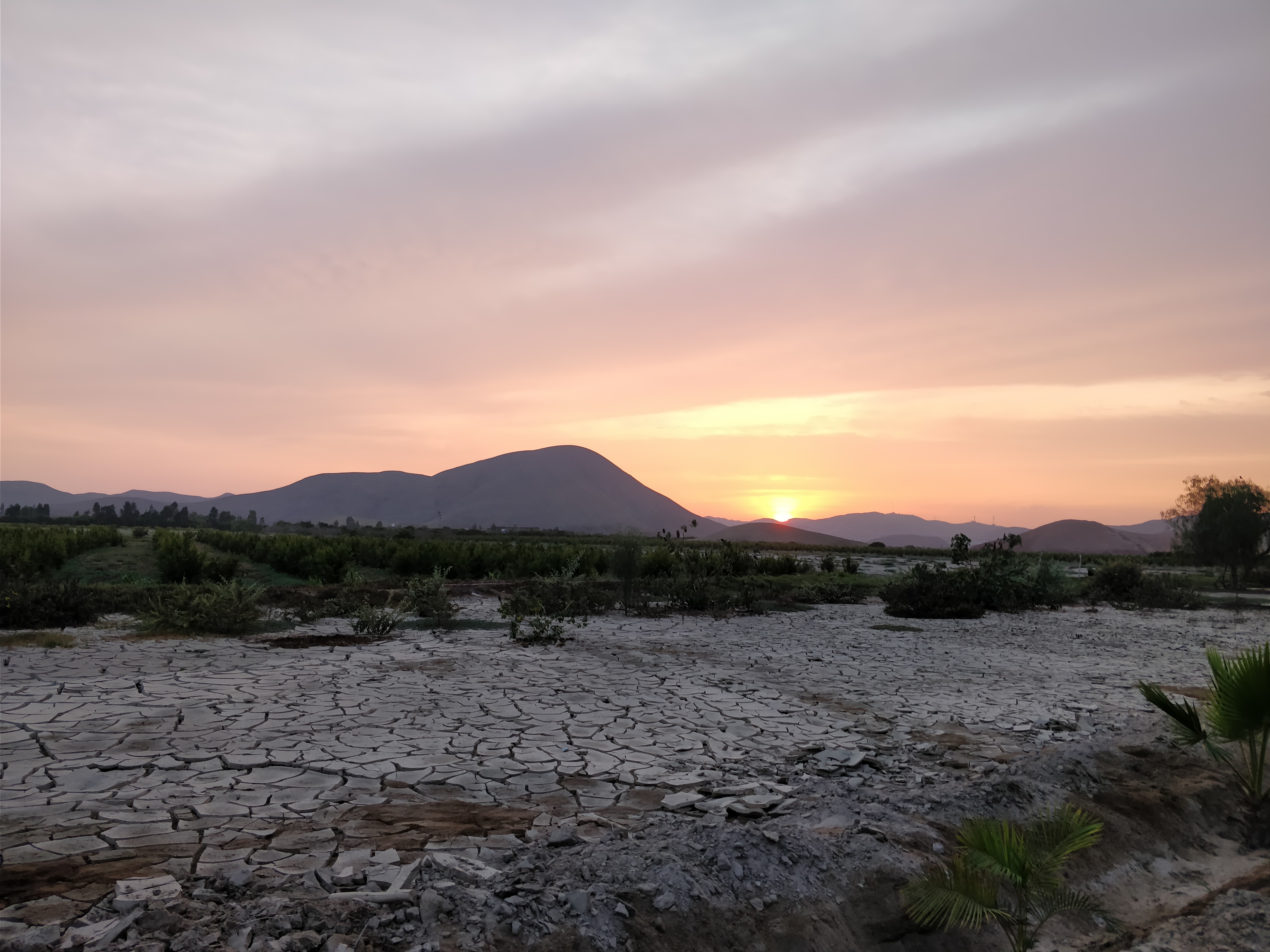 ‘It’s called London to Lima because of my journey,’ Alex began, ‘I was trying to work out what the hell I wanted to do in my life. I wanted to find something that I was passionate about.; His passion quest took him and his family from the bustling city of London, England to the jungles and plateaus of Peru.

Alexander James is the CEO, founder and distiller of Lima’s London to Lima Spirits. He developed a love for agriculture when, as a young boy, he worked on a farm. His appreciation for the world of spirits came through his father’s experiences. ‘For him alcohol is a very important part of his life – on interest and taste,’ Alex described. A former army man himself, Alex’s father ran a wine bar in London, a club in Kensington, and made wine. ‘My father used to make wine in France when I was a young boy, so I kind of had an emotional attachment to it.’ It began in what Alex called a, ‘run-down old chateau’ that his father updated himself. It should be no surprise that both grapes and a bit of that entrepreneurial do-it-yourself spirit are also part of Alex’s journey and gin.

London to Lima Gin is perhaps the only gin available today that begins from a Peruvian distilled Pisco. Pisco can be broadly classified as a type of grape brandy. It can only be made in five regions on the Peruvian coast, and must use from among eight varieties of grape (Italia, Torontel, Moscatel, Albilla, Uvina, Mollar, Negra Criolla and the one that Alex uses – Quebranta). Pisco must use the wine of the grapes, not merely the leftovers, and it is ultimately a clear spirit. It cannot be aged in wood by designation. Taste-wise, Pisco is somewhat sweet and grape-forward, but with different floral or fruity characteristics based on the grape varietals involved.

Alex’s choice of base spirit has posed some challenges. At the time of our chat in March he opened with, ‘We’re right in the middle of the grape harvest… the base spirit is quite – it’s seasonal. I have to make hay while the sun shines…’ Alex pauses for a moment for dramatic effect, ‘..which is right now.’

London to Lima gin begins with a Pisco distilled from Quebranta grapes, but he did extensive trials with the other seven varieties. ‘It’s not as aromatic as some of the other ones,’ noting it as a positive, ‘the other ones were dominating the flavour of the gin too much. My original idea was to just use Pisco and not have to rectify too much, but I was just getting way too much flavour from the Pisco and I’d have to use massive amounts of botanicals just to come through.’ To achieve a slightly more neutral flavour profile, Alex rectifies his base Pisco up to about 92-93%, at which point he’ll cut it down to 50% with water before adding the botanicals for the gin distillation.

Alex’s interest in native Peruvian botanials was inspired by his time working in agriforesty, the science of integrating crop plants and native plants into holistic, mutually beneficial systems. While working in Peru, Alex says, ‘I came across some really cool stuff… the abundance of plants is endless really. There’s all sorts of things to follow up on, barks, saps, flowers.’ While some of these “cool” things may make an appearance in future London to Lima products, for its flagship gin, Alex says, ‘I was looking for some of the more renowned, typically Peruvian botanicals.’

‘The Pre-Incas used to use pink peppercorn to flavour their chica beer, there are records of pink peppercorn being used to flavour alcohol from over 500 years ago…I’m a big fan of history and tradition. So it seemed like if it was one of the first recorded flavours of alcohol…that’s interesting to me.’ Naturally, it found it way into his gin.

The Cape Gooseberry, or Golden Berry as it’s known in your local  store, is a member of the Nightshade family native to the Andes. Alex explains, ‘It’s got a fairly subtle flavour to it, you have to use a reasonable quantity.’ Tart and slightly sweet, they’re a popular ingredient in jams and marmalades. ‘I tried it in one of our cocktails, put a spoonful of [golden berry] at the base of our gin and tonic. End with a sweet note.’

London to Lima Gin also incorporates some regional citruses. While looking for a bitter orange, Alex came across the locally available Valencia Orange. Though the thin rind makes it harder to process than regular limes, he uses Limón Sutíl (a.k.a Key Limes) as well. Other botanicals include coriander, angelica, orris root and cassia.

‘I had at my disposal a 20L still, but it’s just a kind of traditional pot still that I bought in Portugal and then I had these dephlegmator, sort of desk ones that go on top.’ This was the setup he wanted to replicate on the, “big one.” The big one is called Endeavour, a 400 liter Portuguese built copper pot still, with custom adaptations to handle the gin and pisco distillations.

During distillation, Alex camps out at the distillery. While he’s making the base, Alex sets his alarm clock every hour, on the hour, to check how the distillation is going. ‘I’m quite disciplined from my army days about getting up,’ he laughs.

After the Pisco is rectified and diluted into the base, juniper and all of the botanicals are macerated for eighteen hours before the gin run. The gin that comes off the still is a concentrate that Alex describes as, ‘a low one, about three to one.’

He then combines a bit more of the base back in with the concentrate and cuts it down to bottling proof with water. But as you might expect, given the way the Peruvian influence has touched every other piece of the gin, it does here too.

‘The water for cutting down the gin afterwards…in the UK you could easily source demineralised, deionised water. I wasn’t confident in the supply here – rather – I wasn’t 100 per cent sure of the source… and there could be something more fun anyway… so I thought, Where is demineralised/deionised water. It’s up in the glaciers. That’s what the Incas did.’ But the environmental and logistic realities of the situation led Alex to consult with his friend and regional guide. He told him, ‘Help me find the purest, wildest water….that’s semi-accessible.’

With this friend and guide’s help Alex found water that, ‘Was better than what I hoped for. I could put it straight into the gin with some basic filtering.’ Wildest? Check. Purest? Yes. Semi-accessible? Not quite.

The local community grew up around this water from downstream sources where contamination and purity were questionable. The source Alex wanted to tap was way up at the top, near its source. In partnership and exchange for sharing water, Alex built a pipeline from the water’s source in the mountains straight down to the community. Alex had his semi-accessible water. So did the rest of the community.

With all of these pieces, London to Lima gin can be fully assembled. However, there’s one more local touch.

Alex is also exceptionally proud of the London to Lima bottle. By partnering with local artisans and glass makers in Lima, he was able to design and use a custom bottle design. The original design was carved in wood; then transferred to an iron mold; and finally the glass is hand poured, removed from the oven and left to cool. Alex extols each bottle’s uniqueness as a result of this process, ‘They’re all imperfect [and unique] in their own way.’

Looking at the story of London to Lima, it’s clear – Alex’s journey may have taken him from London to Lima, but the gin has both feet in the Lima leg of the trip. From the bottle to the botanicals, Alex himself may be new here, but his gin is an old friend, steeped in centuries of heritage.

0 comments on “London to Lima”