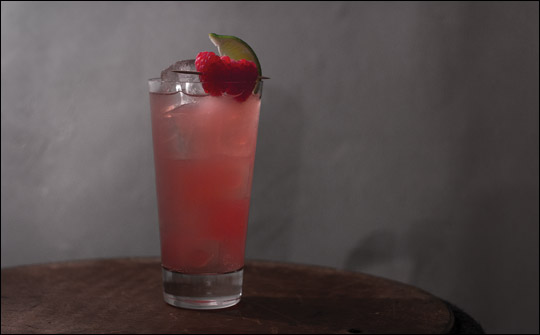 A brilliant long gin cocktail that definitely doesn’t get the love that it deserves, it’s a great alternative to a G&T. Simple to make, it’s also a great cocktail to scale up into a punch which you can batch up before time for parties and picnics. Created for the after-show party for the West End musical Floradora when it transferred to Broadway, where it became one of the first successful Broadway musicals of the 20th Century.

Method
Add the gin, lime juice and raspberry syrup/liqueur to a cocktail shaker. Add ice and shake. Strain into a highball filled with ice and top with ginger ale. Garnish with a wedge of lime, a couple of raspberries,
or both!