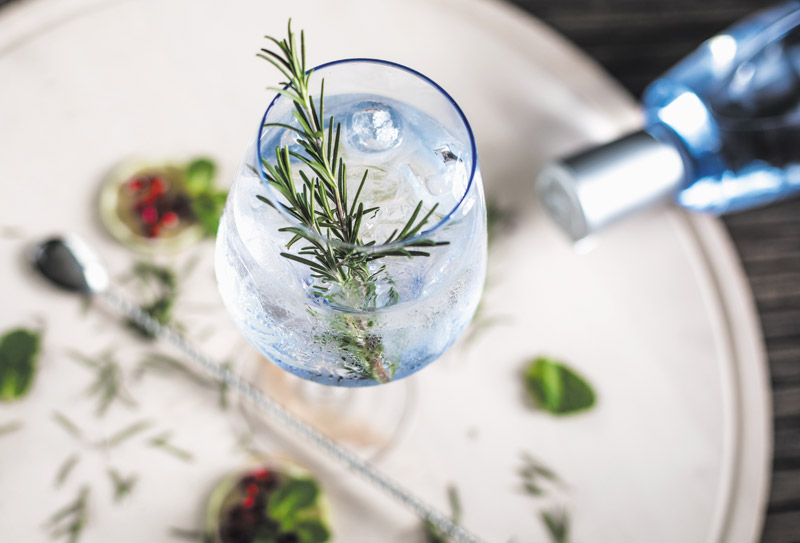 The words we use when we talk about gin.

Once an avid gin drinker said to me, ‘…and I’m never drinking an American gin again.’
Puzzled, I asked him why he would swear off an entire nation of gin after one experience. He then talked about how a bottle of gin he didn’t like said ‘American’ on it. He swore to me he would stick to London Dry gin from now on.

How we as gin drinkers talk about gin is tricky. We rely on a set of terms that describe process, while most gin drinkers, like the aforementioned gin aficionado, are using those terms to describe taste.

WHAT DOES ‘LONDON DRY’ REALLY MEAN?

Often times we associate the term London Dry gin with some of the juniper-heavy stalwarts of the gin world. Gin quaffers think of esteemed and long-tenured brands like Tanqueray and Gordon’s. But what the term actually refers to is a series of quality assurances.

A London Dry refers to a gin made from a neutral grain spirit initially distilled to a high standard of purity – 96% ABV. All the botanicals, juniper required, must have their flavours imparted only through distillation. Nothing, save a modicum (<0.1 gram of
sugars per litre) of sweetener, may be added after distillation. It doesn’t even have to be
made in London.

London Dry gin says nothing about taste other than that juniper must be among its
botanical blend. For example, take three gins from G&J Distillers: Greenall’s Gin, Bloom Gin and Opihr Gin. Greenall’s Gin is juniper forward. Bloom Gin is delicately floral. Opihr
Gin is spicy and intense, while juniper is part of the botanical bill, it’s the cardamom,
cubeb and coriander which are the stars. It’s perhaps as far from Gordon’s as one can get.

Yet each of them process-wise meets the standards to be called London Dry gin. How do we communicate with each other about what gins taste like?

Modern gin drinkers need a way to talk about a gin’s flavour profile, both with
each other, at the bar, and in liquor stores. With the amount of gins available growing
seemingly every day, how can we know whether we’re getting a juniper forward gin like Greenall’s Gin or a decidedly less traditional gin like Opihr? This is where the terms ‘classic’ and ‘contemporary’ come onto the scene.

A classic style gin features juniper at the fore. Juniper is the primary flavour and while
other botanicals may be present on both the nose and the palate, the presence of juniper
must be unmistakeable. Some of the world’s best-selling gins, including Gordon’s Gin and
Tanqueray Gin are classic in style with heady doses of juniper. However, the classic style is not limited to the UK.

On the other hand, a contemporary style gin is a gin that often features another botanical
in a starring role. To be a gin it must have juniper, so while these gins have juniper, like
the Opihr Gin example above, the flavour profile will differ significantly from a classic
style gin.

Though often associated with the burgeoning American craft gin scene, contemporary style gins are neither a recent invention nor simply an American phenomenon. Malawi Gin, a vacationer’s favourite, has been produced since 1965. It has a soft lemon and orange flavour that pairs nicely with tonic. But contemporary style gins trace their mainstream acceptance back to the late 1990s. Tanqueray Malacca’s first launch was in 1997. It could be described as citrus-forward in style, but it only lasted three years before being discontinued. While not incredibly popular in its first incarnation, it may have paved the way for gins like Martin Miller’s and Hendrick’s. Martin Miller’s adds a dash of cucumber distillate to a gently citrus and sherbet tinged flavour. While the former had it, the latter put it at the front and centre of all of their marketing. When a gin drinker hears the botanicals cucumber and rose, they likely think of Hendrick’s. Its popularity throughout the 2000s not only brought a high level of awareness to gin, it also set a well-publicised precedent that it’s okay for your gin to strongly feature other botanical elements.

By the time Tanqueray Malacca launched again in 2013, it was something of a cult favourite among the cocktail community. Perhaps early to the party with its initial launch, it now seems eerily prescient. Contemporary style gin is a worldwide phenomenon with distillers around the world pushing the envelope of gin flavour
with local and unusual botanicals. Australia has seen an explosion of gins which highlight native botanicals. Mt Uncle Distillery took a classic style gin recipe, but
swapped out all the standard botanicals for Australian ones. The result is herbaceous
and floral with a heady hit of eucalyptus. For example, take the olive, thyme and
rosemary notes from Spain’s Gin Mare. Spain has celebrated unusual botanicals in their
Gin Tonica culture, where gin and tonics are served in large copa glasses garnished
with sprigs of fresh herbs or fruit. Dictador Distillery out of Colombia, well known for
their rums, experiments with local citrus in their line of gins. In 2017, Japanese gins such
as Nikka Coffey Gin from the Nikka Distillery and Kyoto Distillery’s Ki No Bi Gin play with local ingredients like yuzu, shiso, ginger and bamboo leaves.

Finally, it’s worth noting that distillers in the UK continue to embrace the contemporary
style as well. Bloom Gin and Opihr Gin certainly among them, but there’s many others: Stovell’s Wildcrafted Gin, Crossbill Gin and Hoxton Gin just to name a few.

THE CHALLENGE OF REGIONAL NAMES

Both the contemporary and classic flavour profiles are completely global at this point.
Since there is nothing specifically regional about the process that leads to either a classic style or contemporary style gin, and nothing preventing a distiller from using their place name in their branding and packaging if they make their gin in a place, relying on place name is confusing to gin drinkers.

Both Temple Distilling and New Columbia Distillers can call their gin ‘American’. They
are both indeed distilled in the United States. But stylistically, they’re very different gins.
The former is juniper forward and the latter is slightly floral with more spice and citrus.
It’s easy to empathise with the gin drinker in the first story. He was simply a fan of classic style gins. It wasn’t American gins he disliked; it was contemporary style gins. Meanwhile, nearly all gin drinkers have that friend that says gin ‘tastes like pine trees on
fire’. Perhaps next time that friend reaches for a citrus-flavoured vodka, they would also
reach for a citrus-forward contemporary style gin.